*Please note, we no longer carry this yarn, but you are welcome to use this pattern as inspiration!*

Weave an elegant pair of curtains designed by Erin Supinski for her Brooklyn home. These curtains are woven with a few of our favorite undyed yarns including Silk / Ramie, 10/2 Silk Noil, and Fine Paper Weaving Yarn. The light, airy texture is complemented by Brooks Bouquet detailing and filters light beautifully. 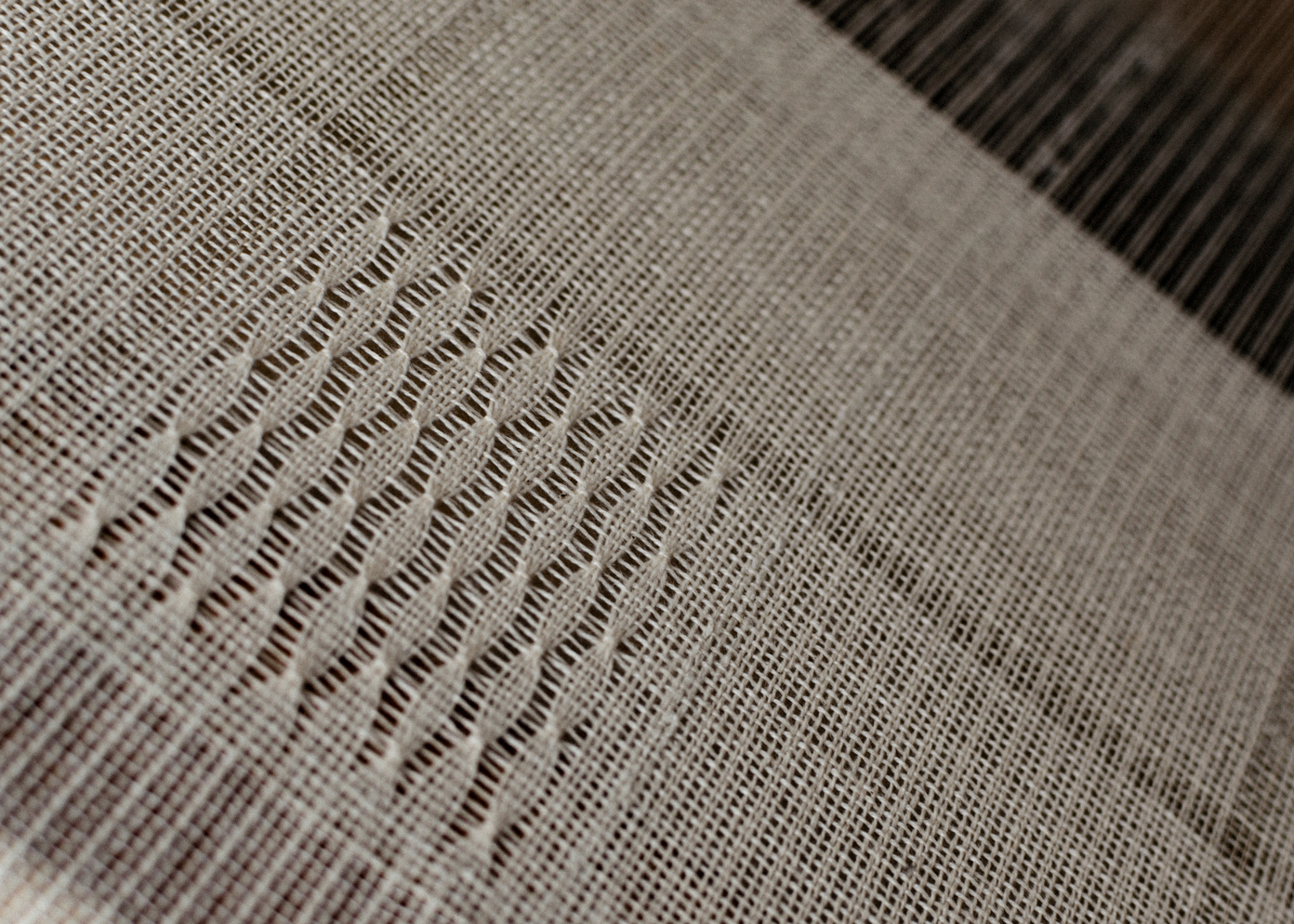 Erin writes, "I wanted to make sheer, airy curtains focusing on the textures of the different yarns, so I sett my project loosely, and in the warp I alternated big stripes of the UKI cotton (five stripes) and the Brassard cotton(six stripes) at 54 ends each. In between these thicker stripes I alternated thin stripes of four ends each of the silk/ramie and silk noil, for a total of 10 skinny stripes (five stripes of each). I made sure to have enough yarn in the warp to do a sample in order to try different techniques and to calculate shrinkage after washing."

Wind a warp repeating the following sequence 5 times, and then wind 54 ends of Yarn A, for a total of 634 warp ends:

"For the weft I again alternated the wider stripes, 51 picks each at16 ppi, of theUKI andBrassard, and I added in a wide stripe of the fine paper. In between the UKI and Brassard I did askinny stripe of thesilk/ramie, and on either side of the paper yarn I did a stripe of thesilk noil. Each skinny stripe was 4 picks each. The overall effect was a windowpane plaid in different textures of yarn."

Repeat the following sequence for each panel:

For more information on Brooks Bouquet see this tutorial on the Schacht Spindle Company website.

"I made sure each panel was at least 100" long to account for shrinkage, and to give enough fabric to sew the hem and rod pocket, but I like to give myself extra wiggle room, so I wove an extra 15" overall, so I would have enough to make sure my stripes lined up across both panels.

Then I cut the fabric off the loom, soaked it in the bathtub with some Woolite and warm water, and ironed it until it was dry. I then cut each panel to 83" making sure the stripes lined up as closely as possible. For the rod pockets I ironed the top down 1 1/2", and then I folded that down another 1 1/2", pressed, and sewed. For the hem, I pressed 5", then folded up another 5", pressed, and sewed. I like using double hems because it makes the curtains feel more substantial. Then I used a tension rod and hung them in my window—done!" 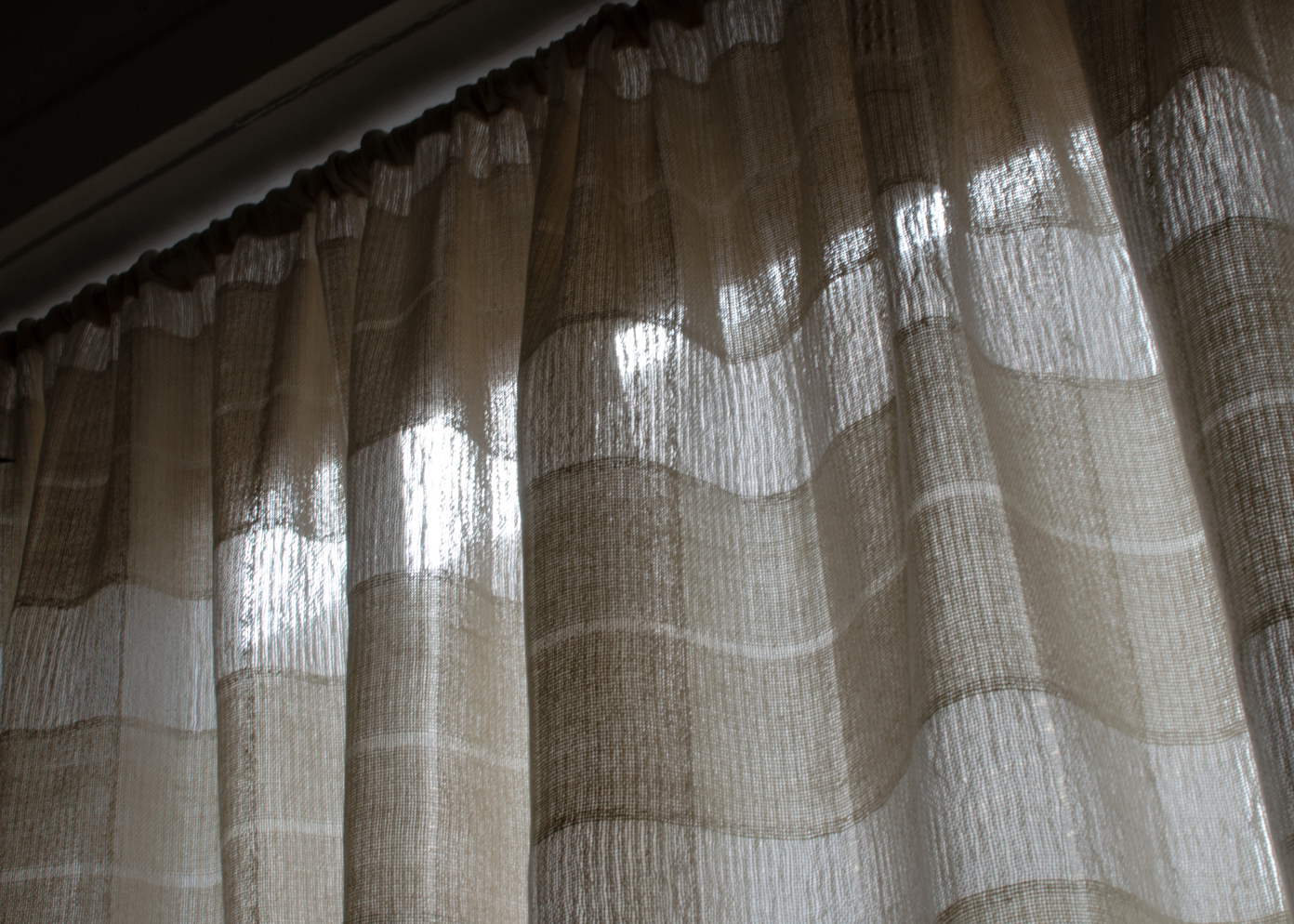 Formally trained as a graphic designer and illustrator, Erin Supinski spends all of her free time weaving from her home studio in Brooklyn. Drawn to the tactility of weaving and primarily self-taught, she has been weaving since 2014. She loves to create items that are functional, simple, and beautiful out of natural materials.

To see more of Erin's work and process check out her Instagram. 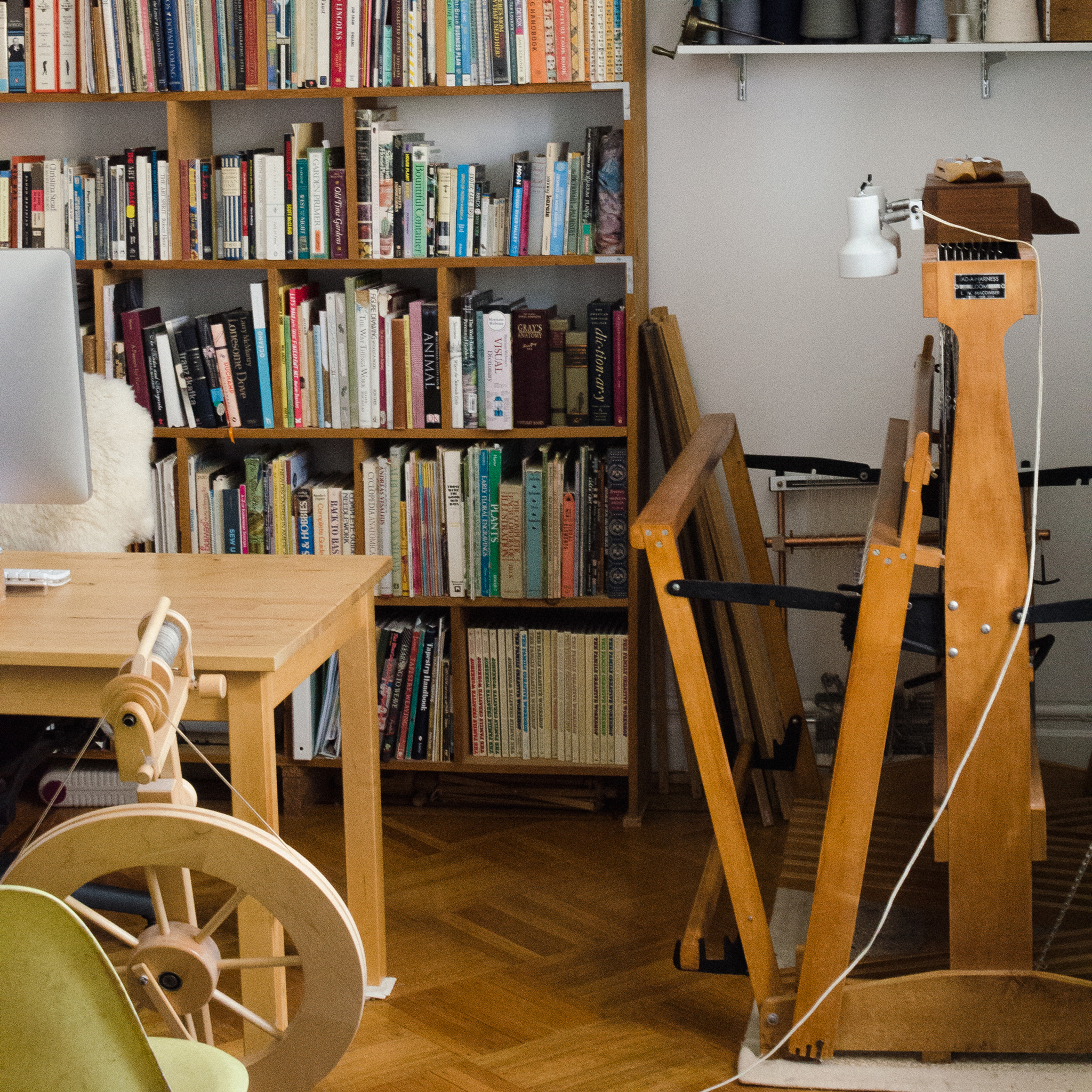