There are many types of weaving techniques that can be used to create different fabrics on multi-shaft and rigid heddle looms. Below are descriptions and photos of some of the most popular techniques, as well as links to download the pattern and purchase a yarn kit. Explore all of our patterns here. 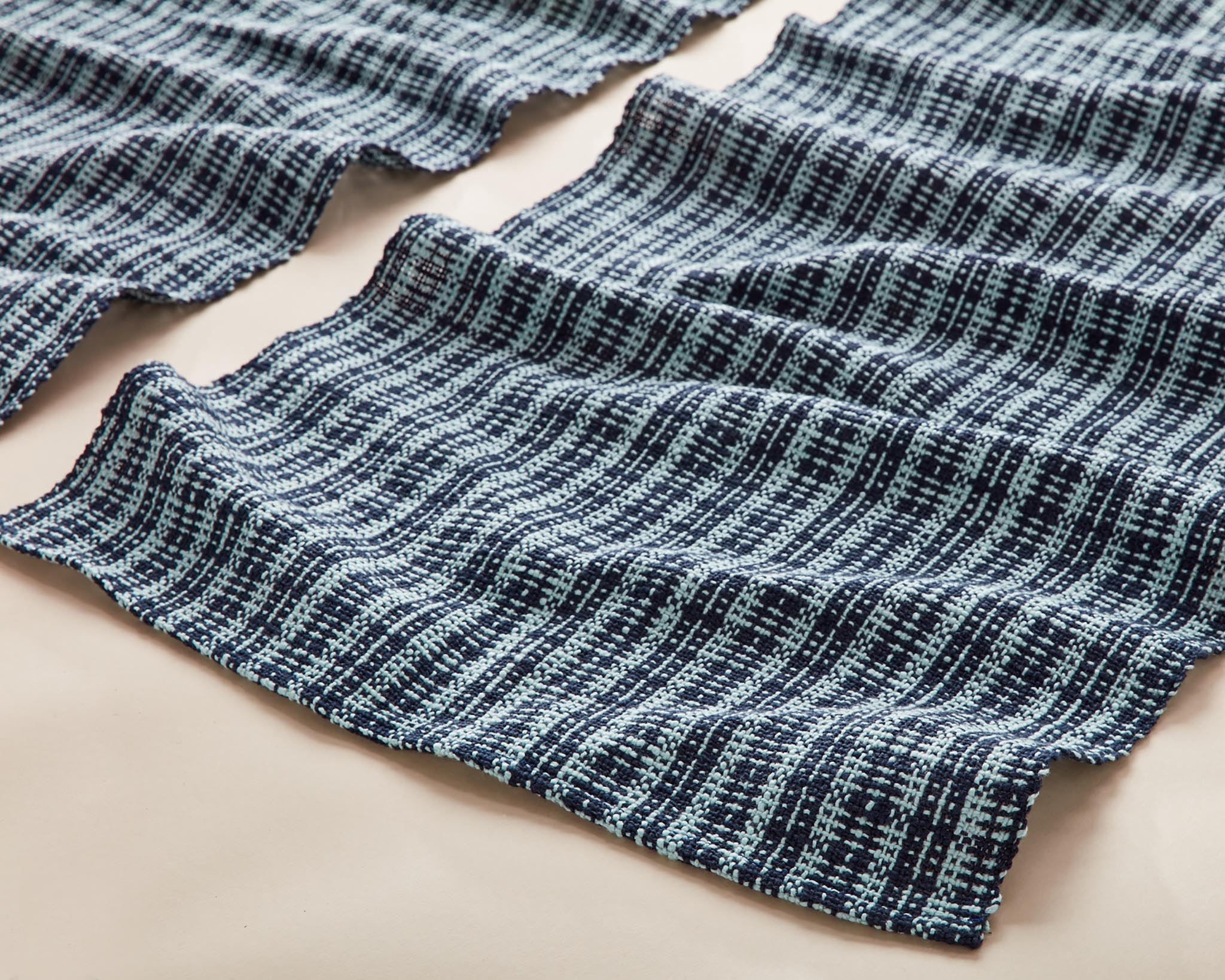 Color-and-Weave: A technique of creating a visual pattern by alternating colors in both the warp and weft, shown in these Color-And-Weave towels by Jenny Sennott. Often referred to as shadow weave. Download this pattern. 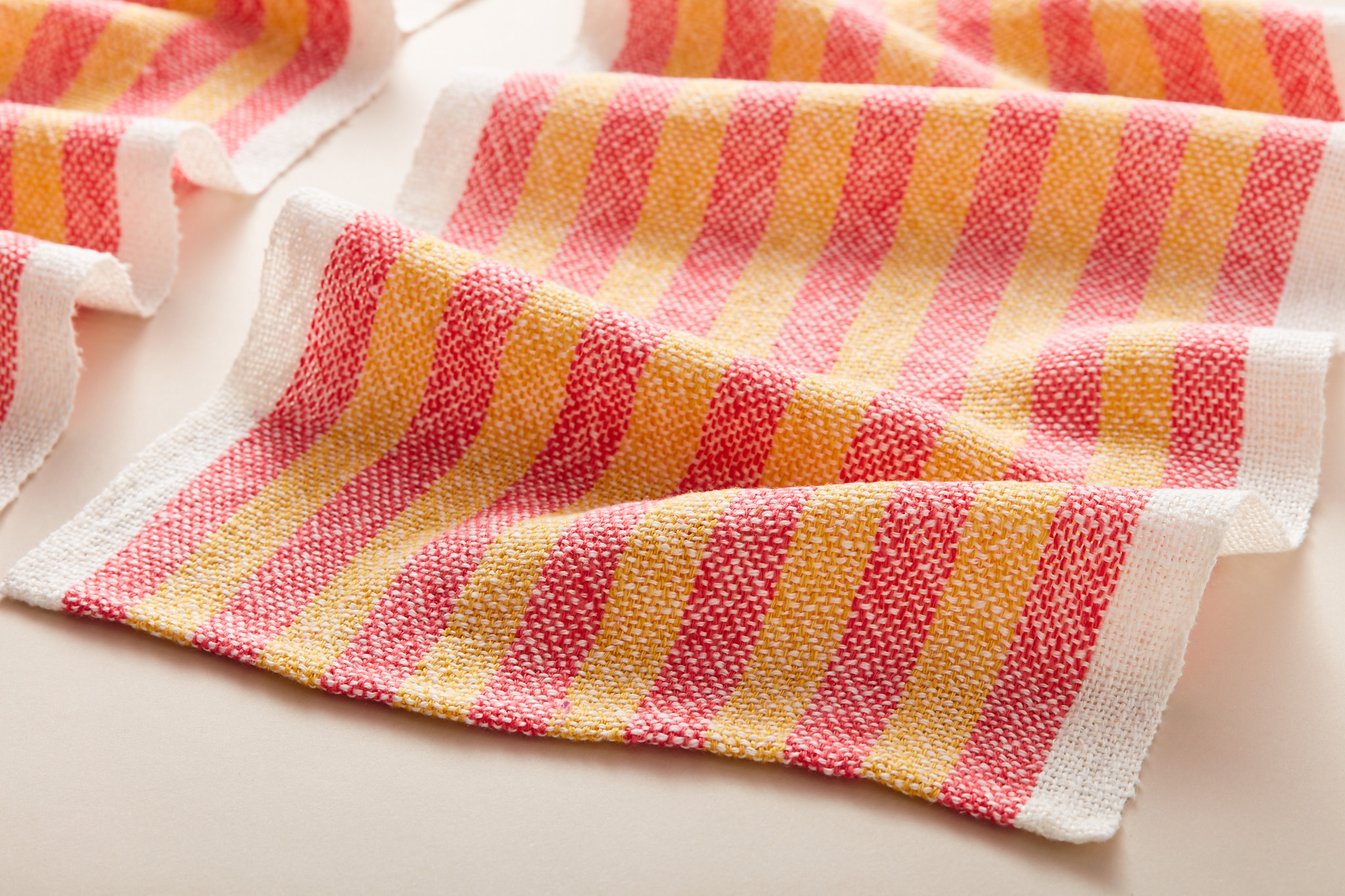 Tabby (aka Plain Weave):  The most basic weaving structure where warp and weft threads pass over and under each other evenly. Shown here in the Citrus Towels by Emma Rhodes. Download the pattern. 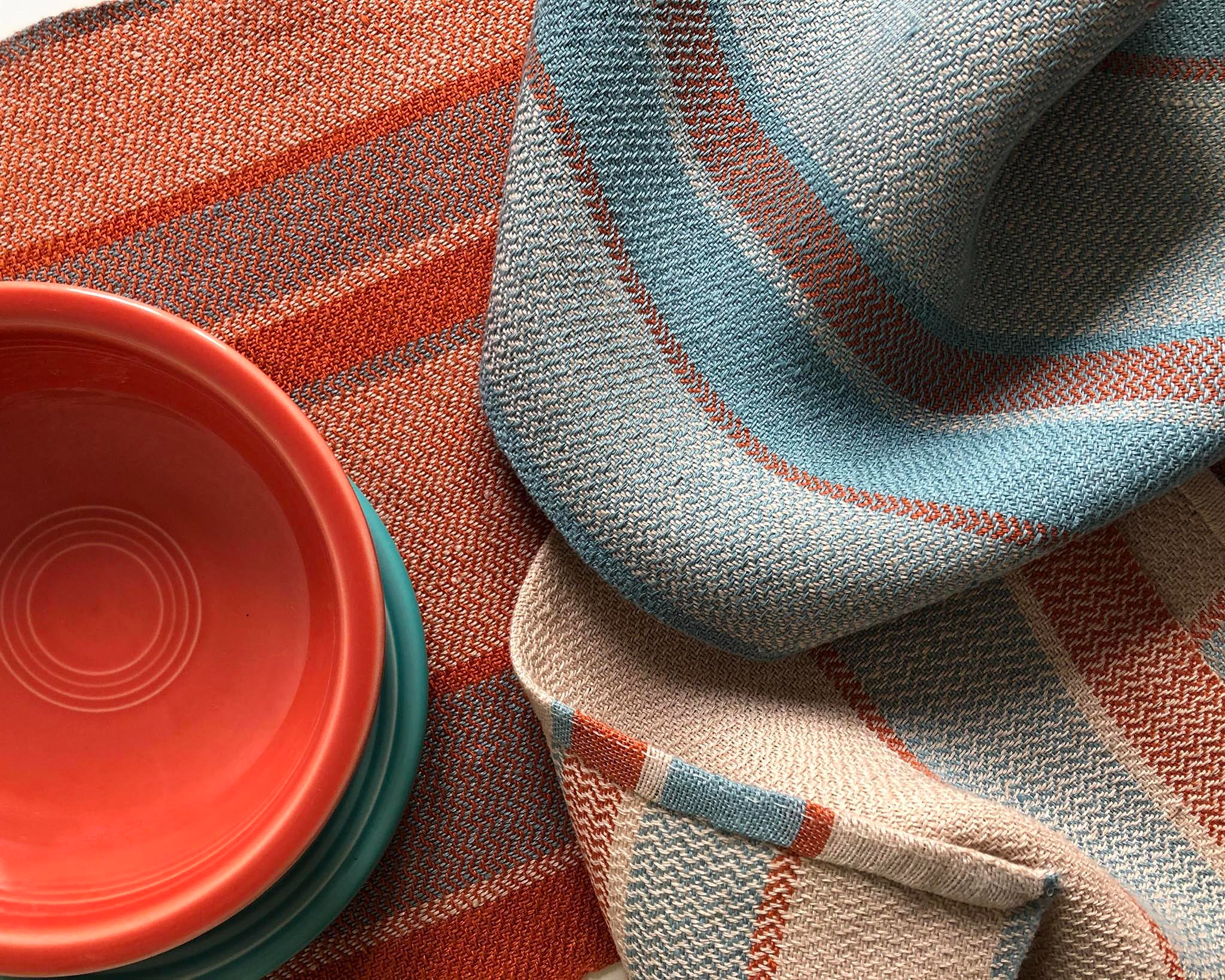 Twill: A basic weave structure that creates a diagonal line. Shown here in the Coastal Linen Towels by Christine Jablonski. Download the pattern. 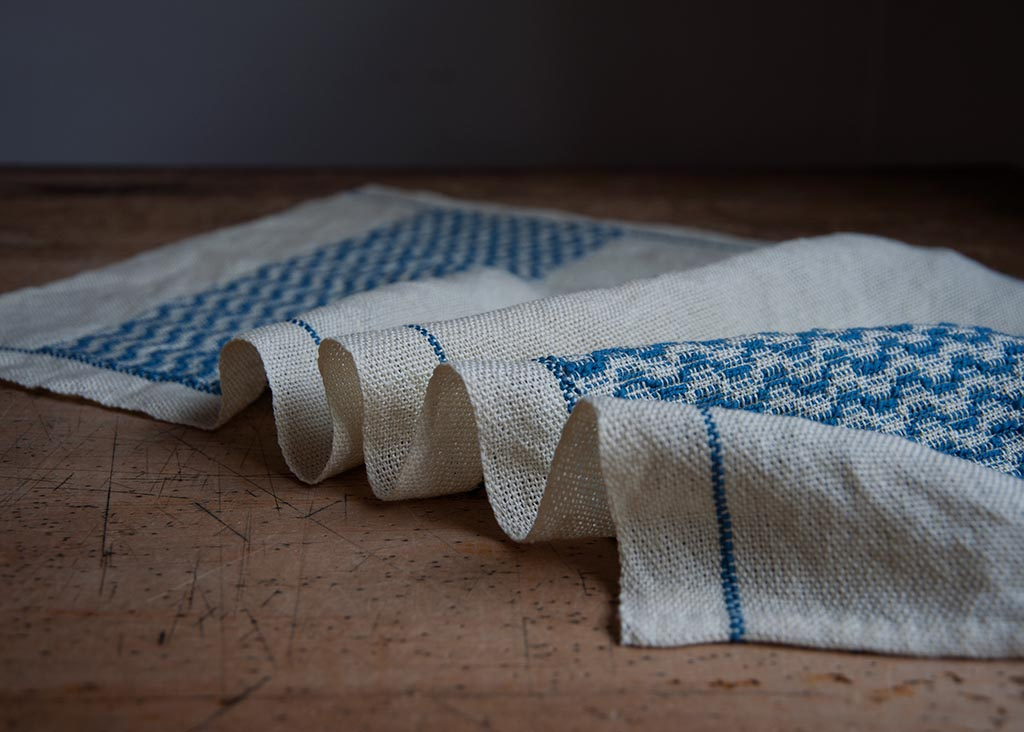 Overshot: a weaving technique of intentionally skipping warp or weft threads to create floats that create a pattern. Overshot is traditionally secured with alternating tabby picks between overshot picks to stabilize the fabric. Shown here in the Tidal Towels by Amanda Rataj. Download the pattern. 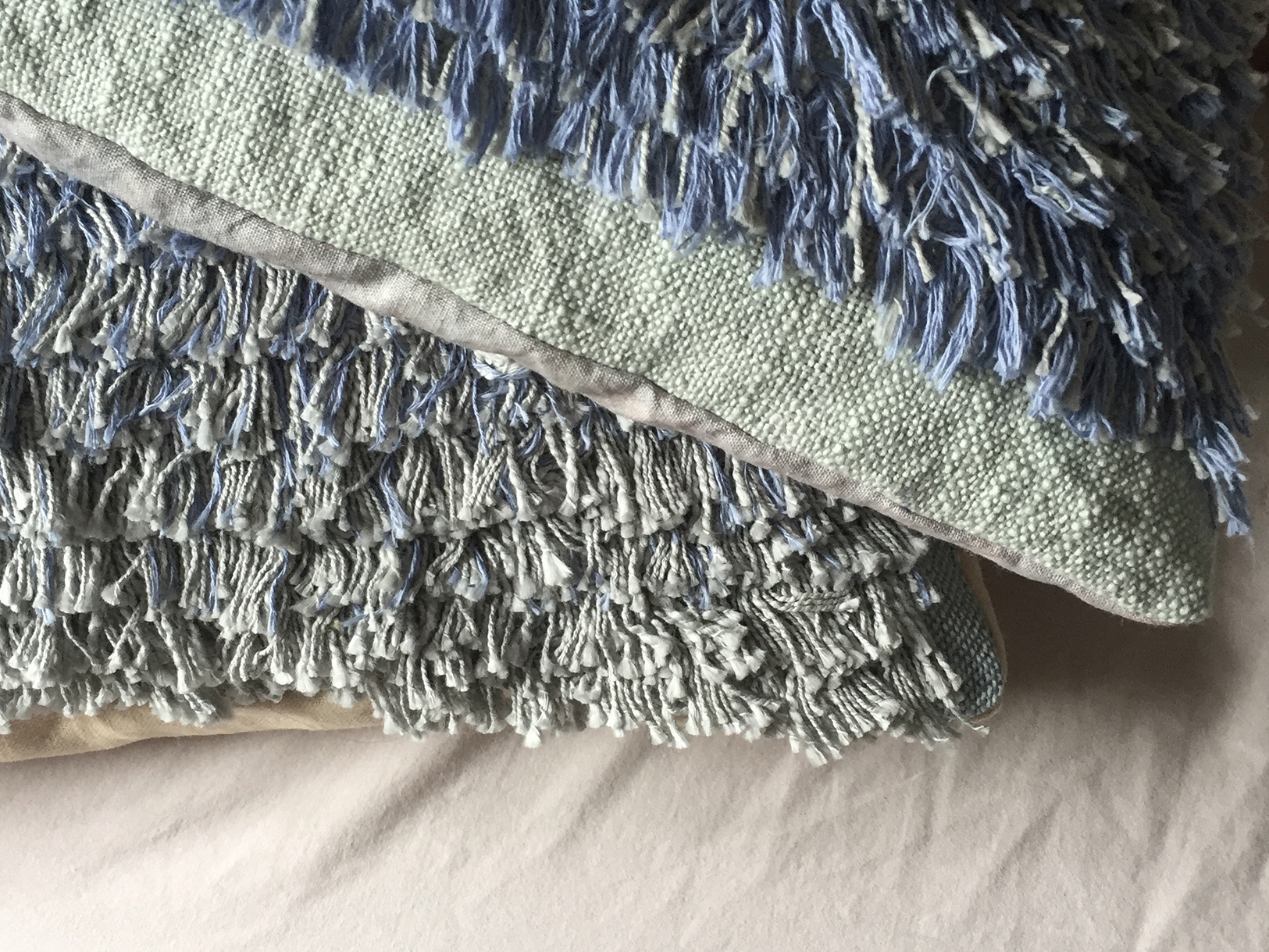 Pile (Loop/Rya): a design technique of leaving long loops (cut or not) of weft thread protruding from the woven fabric, which is generally a tabby weave. Shown here in the Gosling Pillow by Arianna Funk. Download the pattern. 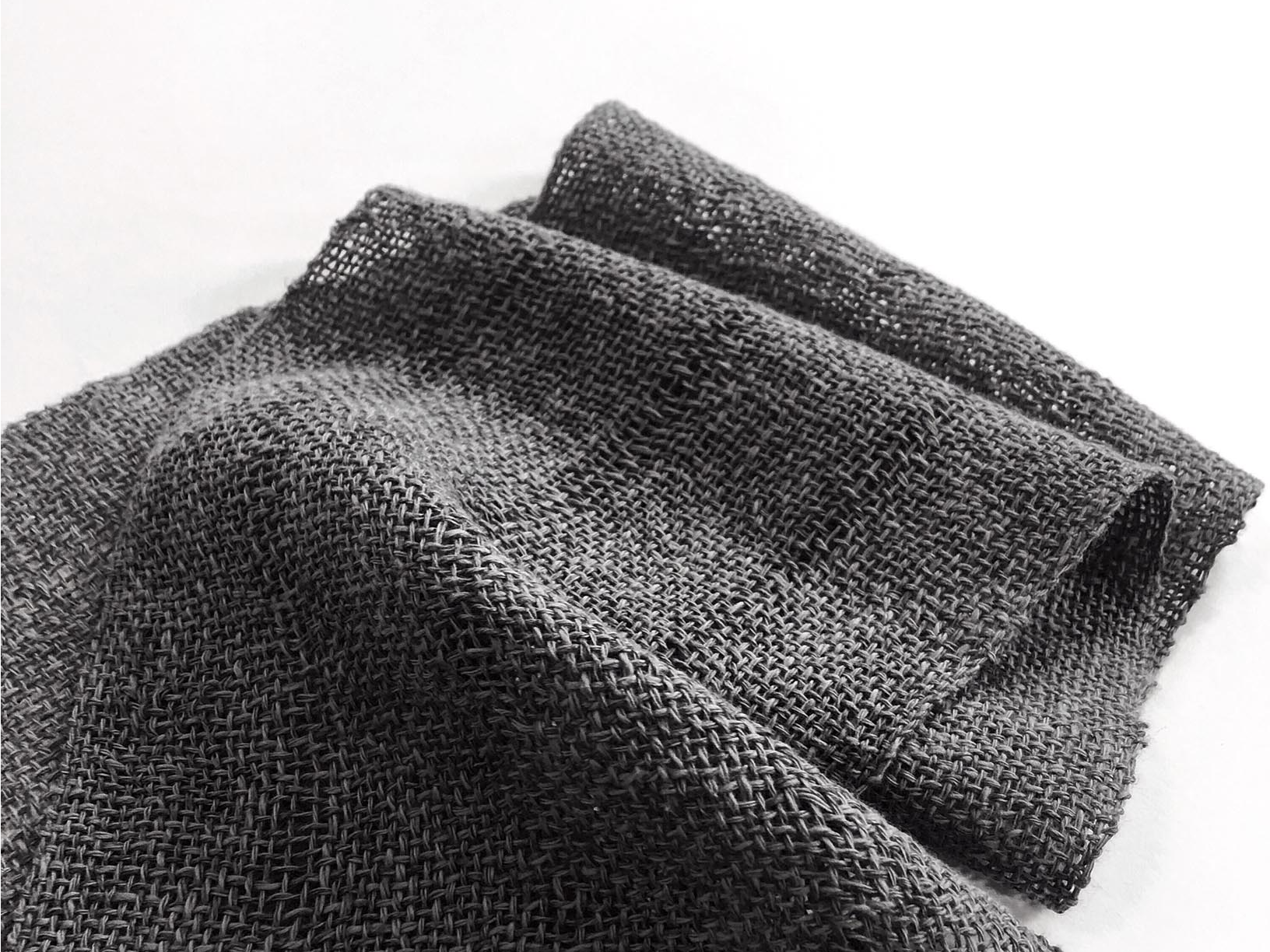 Skip Dent: The technique of leaving empty spaces in the reed to intentionally create gaps in the weaving in order to create texture or visual interest.  Shown here in the Skip Dent Scarf by Sarah Resnick. Download the pattern.

Mixed Warps: Weaving with Multiple Types of Yarn in a Single Warp

Tips for weaving with multiple types of yarn in a single warp.

Learn how to convert a rigid heddle project to a shaft loom draft in a few easy steps.

Overshot textiles have a distinctive construction made up of both a plain weave and pattern layer. Requiring two shuttles and at least four shafts, overshot textiles are built using two passes: one weaves a tabby layer and the other weaves the pattern layer, which overshoots or floats, above.